Purpose
The aim of this first reflection survey was to advance knowledge of regional geology of the Ross Sea, and the seismic profiles were planned accordingly. The final part of line IT88A03, line IT88A04, line IT88A05, and the initial part of line IT88A06 were recorded for the specific purpose of investigating in detail the notable magnetic anomaly northeast of Coulman island.


Use constraints
Other restrictions

Other constraints
No conditions apply to access and use

Other constraints
Public access to spatial data sets and services would adversely affect the confidentiality of commercial or industrial information, where such confidentiality is provided for by national or Community law to protect a legitimate economic interest, including the public interest in maintaining statistical confidentiality and tax secrecy. 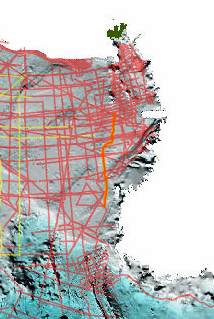